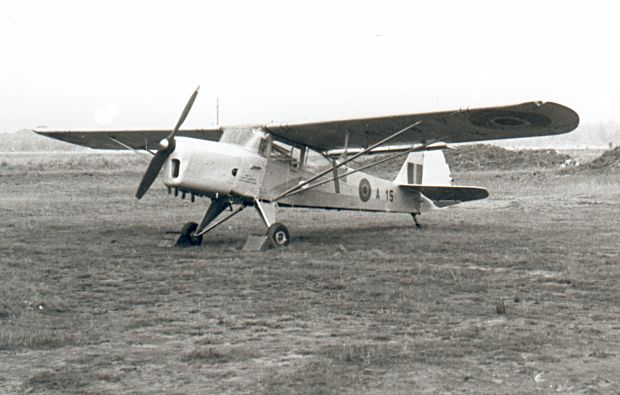 The Auster AOP 6 was a two-seat, single-engine liaison and air observation post (AOP) aircraft used by Britain’s Royal Air Force during the Korean War.  Its predecessor, the AOP 5, was originally developed by British Taylorcraft and was widely used by British Commonwealth forces during World War Two, mostly serving in the Mediterranean and Western Europe.

The AOP 6 was a post-war development of the AOP 5, and British Taylorcraft was re-named Auster in 1946.  381 Auster AOP 6s were built, and they equipped two RAF flights during the Korean War – No. 1913 Light Liaison Flight and No. 1903 Independent Air Observation Post Flight.  After the Korean War the AOP 6 was replaced by the Auster AOP 9 in 1955.