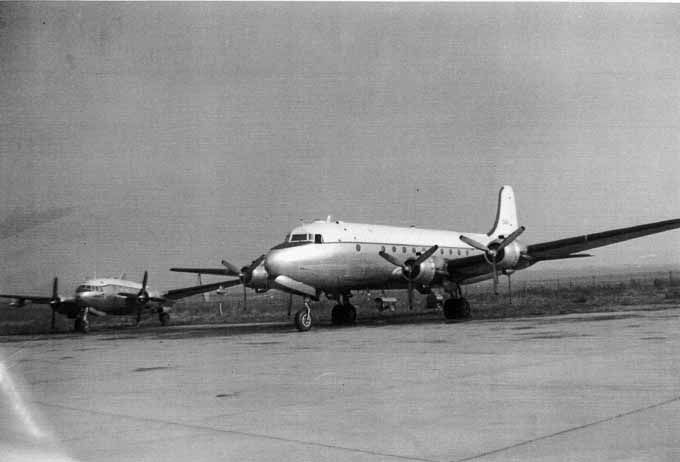 The Douglas C-54 Skymaster was a four-engine, long range, heavy transport used by the US and Canadian Air Forces and the US Marine Corps during the Korean War.  The C-54, civil designation DC-4, first flew on 14 February 1942, and it entered service with the US Army Air Force later that year.  It was widely used during World War Two, providing especially valuable service flying cargo over the “Hump” from India to China.  The C-54 also provided excellent service during the Berlin Airlift in 1948-1949.

The Skymaster proved to be too heavy for most Korean airfields so it was primarily used for long-distance cargo transport and for deliveries into the major Korean airbases.  The Royal Canadian Air Force provided one squadron of “North Star” (C-54) transports to fly cargo and personnel between McChord Air Force Base, Washington, and Haneda Airport, Tokyo.  R5Ds served with US Marine Transport Squadron 153, VMR-152, during the war.