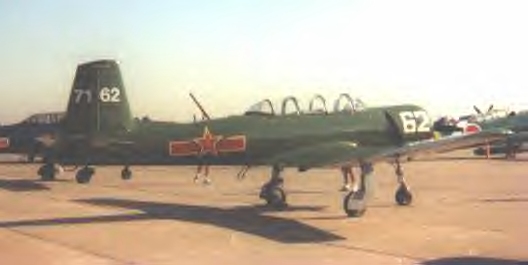 The Yakovlev Yak-18 was a two-seat, single-engine primary trainer used by the Soviet, DPRK, and PRC Air Forces during the Korean War.  A prototype of the Yak-18 first flew in 1945, and it entered production in 1947.  It was widely used for civil and military flight training and was the standard basic trainer for Soviet and eastern bloc air forces for more than thirty years.  Over 9,000 Yak-18s have been built, and it was still in production during the 1990s.

The DPRK used Yak-18s for night harassment raids late in the Korean War.  Their biggest success was on the night of 16/17 June 1953 when a handful of Yak-18s hit a fuel dump at Inchon and destroyed more than five million gallons of fuel.