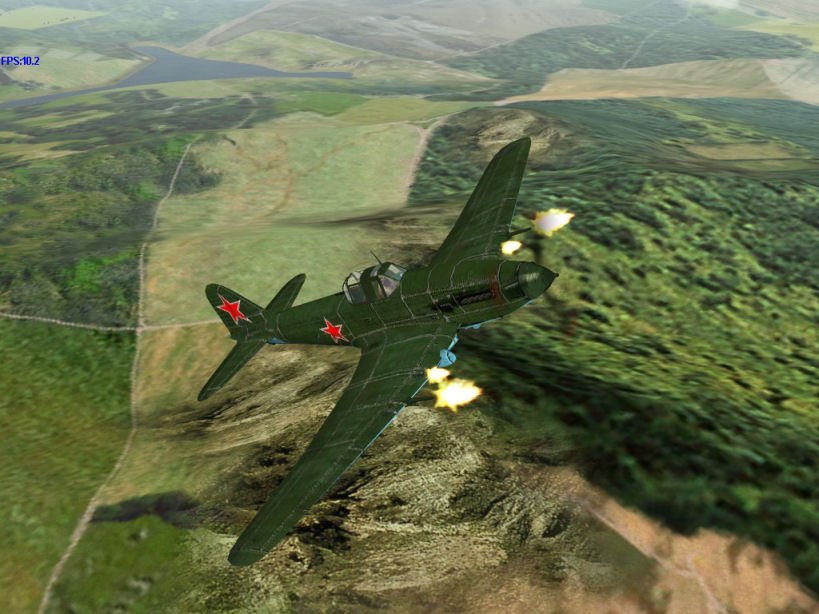 The Ilyushin Il-10 Shturmovik was a two-seat, single-engine ground attack aircraft used by the DPRK Air Force during the Korean War.  It was the successor of the famous World War Two Il-2 Shturmovik with a more powerful engine, larger cockpit, and all-metal construction.  The first test flight of the Il-10 was in April 1944, full production began in August 1944, and it entered combat in February 1945.

The Il-10 was armed with two 23mm cannon and two 7.62mm machine-guns firing to the front as wall as a dorsal cannon or machine-gun.  It could carry four rockets and 1,100 lbs. of bombs.  The Il-2 was retired from Soviet service after World War Two, and the Il-10 equipped all Soviet, Warsaw Pact, PRC, and DPRK ground attack units.  The Soviet Union and its allies produced about 7,000 Il-10s.  It remained in Soviet service until 1956 and was used by Soviet allies for many years after that.

The DPRK Air Force possessed 70 Il-10s at the start of the Korean War and they saw considerable action, however, most of them were destroyed during the first month of the war, and the Il-10 was rarely used after that.  Hundreds of Il-10s served with the PRC and Soviet Air Force in the Far East, but they were not used in Korea.