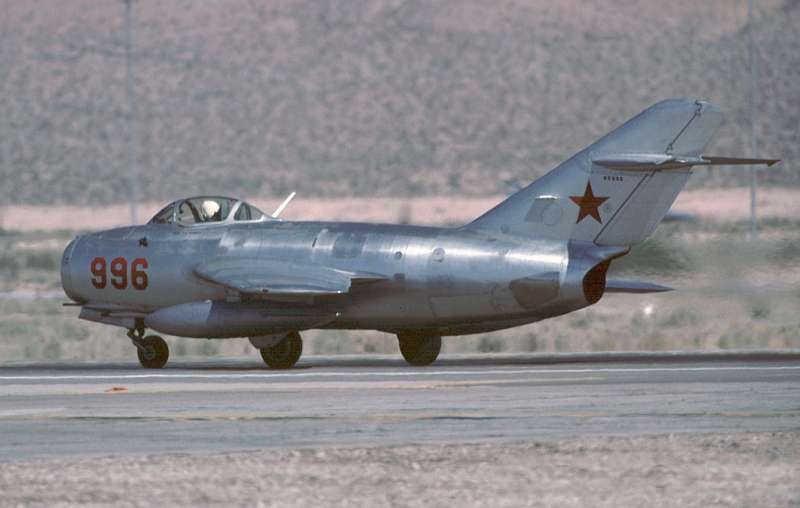 The Mikoyan-Gurevich MiG-15bis was a single-seat, single-engine jet fighter used by the Soviet, PRC, and DPRK Air Forces and the Soviet Air Defense Force during the Korean War.  A prototype of the MiG-15bis, a major upgrade of the MiG-15, first flew on 2 July 1949, and it entered service late in 1950.  The MiG-15bis had a 5,950-lb thrust engine giving it a maximum speed of 672 mph.

Some Soviet units began using the MiG-15bis early in 1951, and by the middle of 1951 the Soviets began replacing all their MiG-15s flying over Korea with the MiG-15bis.  Chinese units did not begin receiving the MiG-15bis until the middle of 1952.  Despite the increased number of  MiG-15s used over Korea and the introduction of more capable versions, the communist air forces were never able to stop UN air attacks over northern Korea nor were they able to put any North Korean airfields in operation prior to the ceasefire.  They did, however, increase UN air losses, end daylight B-29 raids, and require the UN air forces to devote many sorties to escort and interception missions.