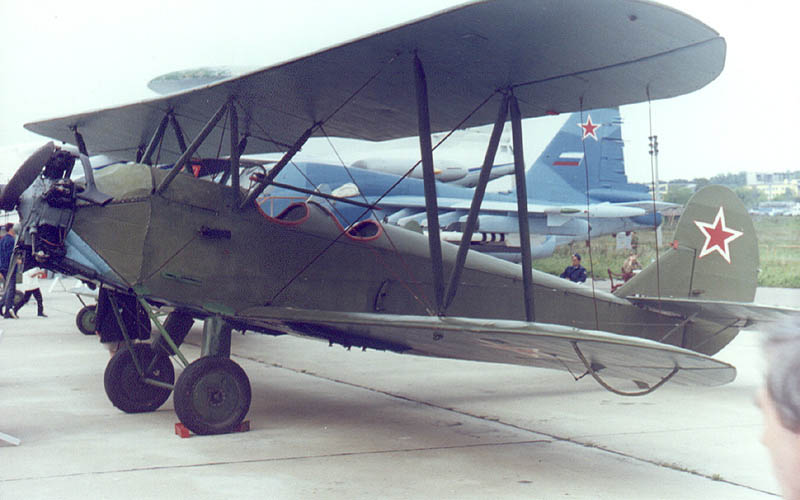 The Po-2 had a 100-hp engine and had a maximum speed of 97 mph.  Some militarized versions had a dorsal 0.303-inch machine-gun, and it could carry up to 440 lbs. of bombs.   Production of the Po-2 continued after World War Two, and it was supplied to most Soviet allies, including the PRC and the DPRK.  The DPRK had about twenty Po-2s at the start of the Korean War.  Some Po-2s were destroyed by UN attacks on North Korean airfields, and those remaining moved to more northerly bases.  The Soviet Union supplied the DPRK with additional Po-2s, and they began flying occasional night raids in November 1950.  Around June 1951 several Po-2 moved to Sariwon air base and began flying more frequent night raids.  Though often ineffective these raids did occasionally cause considerable damage, and the US devoted considerable resources to trying to intercept them.  The MiG-15 drew the world’s attention, but the unspectacular Po-2 biplane was the second most used and second most effective aircraft of the communist forces during the Korean War.

Production of Po-2 continued into the late 1950s.  The Po-2 is the longest serving biplane in the world.  It’s estimated that as many as 40,000 Po-2s may have been built which probably makes the Po-2 the most numerous aircraft ever produced.