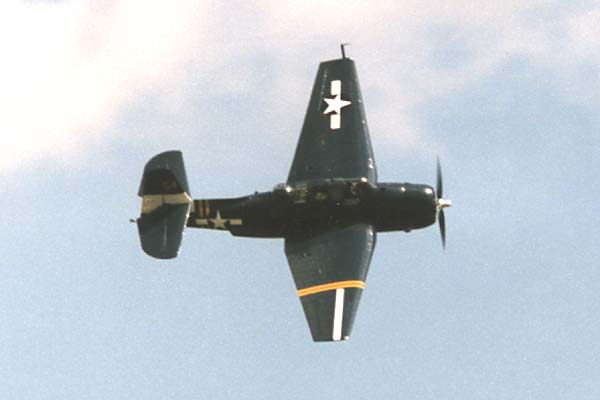 The TBM-3 Avenger was a single-engine, carrier-based transport, ASW, and utility aircraft used by the US Marine Corps and Navy during the Korean War.  A prototype of the Avenger first flew on 1 August 1941.  It entered service on 30 January 1942 and was first used in combat at the Battle of Midway in June 1942.  The TBF/TBM Avenger was the standard US Navy torpedo bomber of World War Two.  Grumman proved unable to manufacture the large number of Avengers that the US Navy desired so production was expanded to General Motors.  The 2,293 built by Grumman were designated TBF-3, and the 7,546 built by General Motors were designated TBM.

Although used extensively by several navies in the years after World War Two, the only Avengers used in Korea were a few special-purpose variants.  The Marine Corps used TBM-3Rs that were modified to serve as seven-passenger light cargo delivery and flying ambulances and TBM-3Es with enhanced avionics.  The US Navy used some TBM-3Ss for anti-submarine warfare, some TBM-3Us for utility and target towing, and some TBM-3Rs for cargo delivery to aircraft carriers.  The few Avengers that served in Korea operated as part of the US 1st Marine Air Wing’s headquarters squadrons or in small Navy detachments based on aircraft carriers.