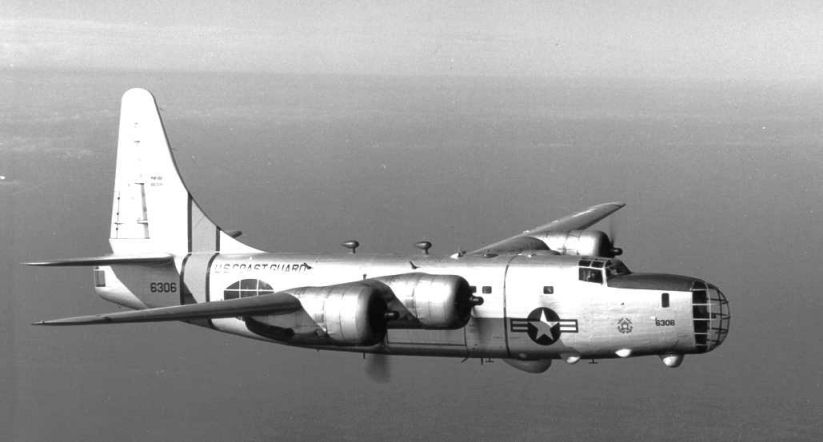 The Consolidated P4Y-2 Privateer was a four-engine, long-range patrol bomber used by the US Navy during the Korean War.  A prototype of the B-24 Liberator first flew on 29 December 1939, and the first production aircraft flew on 17 January 1941.  The B-24 entered service with the British RAF in March 1941 and with the US Army Air Force in June 1941.  The PBY4-1, a variant of the B-24D designed for long-range anti-submarine patrolling, entered service with the US Navy during 1942.  This led to the PBY4-2 Privateer, which was a lengthened version of the B-24 Liberator heavy bomber modified for use by the US Navy, which saw service during the closing months of World War Two.

The Privateer was armed with twelve 0.50-inch machine-guns and could carry up to six tons of internal stores.

Privateers, based in , were used for long-range sea patrolling throughout the Korean War.  The PB4Y, re-designated the P4Y during the war, was used by three USN and two USN reserve patrol squadrons during the war.  As there was little naval opposition it was often used for air-sea rescue and electronic intelligence gathering.  Beginning on 12 June 1951 the US Navy began using Privateers to fly flare-dropping missions in support of Marine Corps night bombing raids, which proved to be a very effective combination.