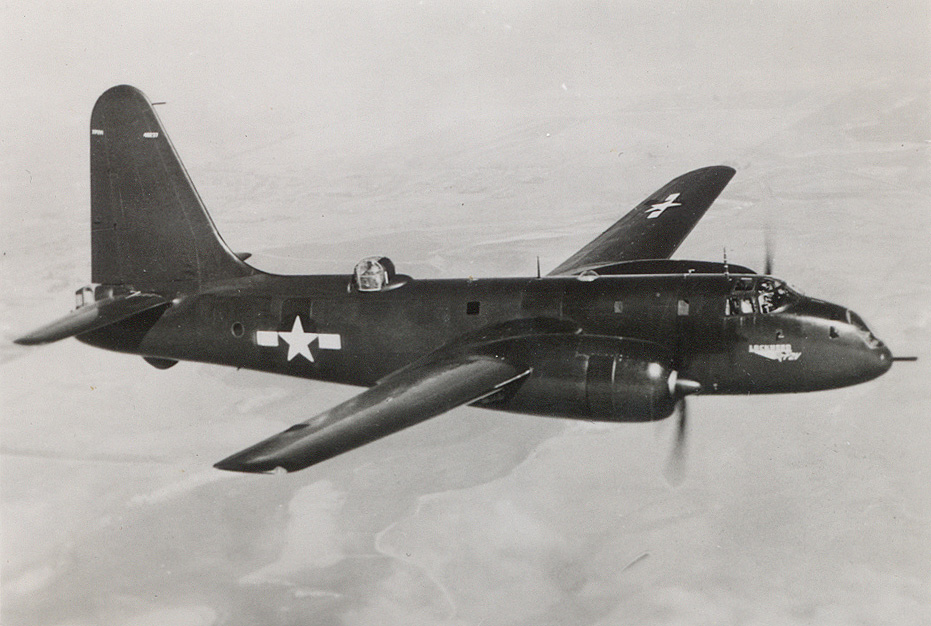 The Lockheed P2V Neptune was a twin-engine, long-range patrol bomber used by the US Navy during the Korean War.  A prototype of the P2V first flew on 17 May 1945.  A modified P2V, “The Truculent Turtle,” set a world record for distance in September 1946, traveling 11,235.6 miles without re-fuelling.

The P2V entered service with the US Navy in March 1947, and 1,181 were built.  Many variants of the Neptune were produced, and it was supplied to many US allies.  It had a crew of nine and was armed with six 0.50-inch machine-guns.  It could also carry under-wing rockets and up to 8,000 lbs. of ordnance, including bombs, torpedos, and depth charges.

Seven US Navy patrol squadrons used the P2V Neptune during the Korean War.  As there was little naval opposition it was mostly used for air-sea rescue.