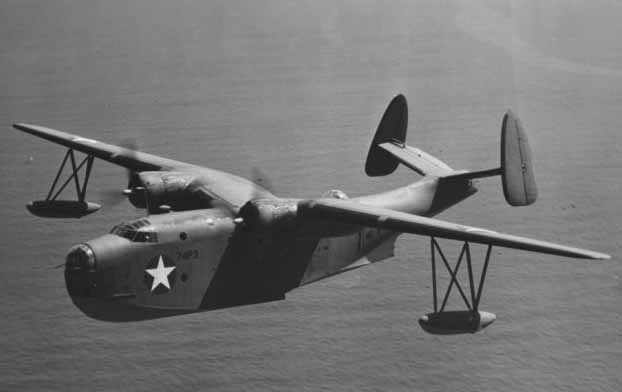 The Martin PBM-5 Mariner was a twin-engine maritime patrol flying boat with a crew of 7 or 8 used by the US Navy during the Korean War.  A prototype of the Martin PBM first flew on 18 February 1939.  It was adopted by the US Navy for anti-submarine warfare, air-sea rescue and as a transport. A total of 1,366 were built, and the Mariner served throughout the Pacific theater in World War Two.

The PBM-5, of which 631 were built, was used during the Korean War.  It was armed with eight 0.50-inch machine-guns, and it could carry up to 8,000 lbs. of ordnance.  Six US Navy and two US Navy reserve patrol squadrons operated the PBM-5 Mariner during the Korean War.  As there was little naval opposition it was mostly used for air-sea rescue.