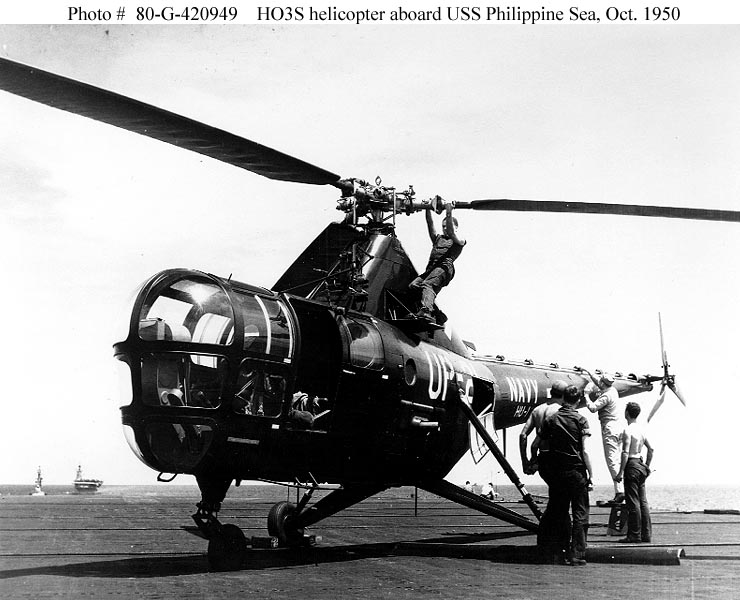 The Sikorsky H-5/HO3S was a four-seat, utility helicopter used by the US Air Force, Navy, and Marine Corps during the Korean War.  An XR-5 prototype first flew on 18 August 1943, and the S-51 first flew on February 1946.  The US Air Force acquired several dozen S-51s with the designation H5.  The US Navy and Marine Corps also acquired several dozen with the designation HO3S-1.

The US Air Force 3rd Air Rescue Squadron, based in Japan, possessed 9 H-5s at the beginning of the Korean War, and they quickly proved their value for evacuation of casualties.  Marine Corps Helicopter Observation Squadron 6, VMO-6, accompanied the 1st Marine Brigade when it arrived in Korea, and it began flight operations in Korea on 3 August 1950.  US Navy HO3S-1 helicopters, originally intended for air-sea rescue, operated from most US aircraft carriers throughout the war.

The H-5 and HO3S-1 helicopters proved so versatile for light transport, casualty evacuation, air-sea rescue, and rescuing downed pilots from behind enemy lines that the demand for them considerably exceeded the supply.