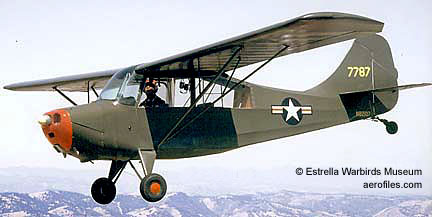 The Aeronca L-16 Grasshopper was a two-seat, single-engine liaison and observation aircraft used by the US and ROK Air Forces during the Korean War.  The Aeronca Champ was a post-World War Two development of the Aeronca Model 65 with a more powerful engine.  About 250 Champs were purchased by the US Army Air Force with the military designation L-16.

During the Korean War the US Air Force used a small number of L-16 Grasshoppers for liaison, observation, and general utility missions.  It also supplied seven L-16s to the ROK Air Force.