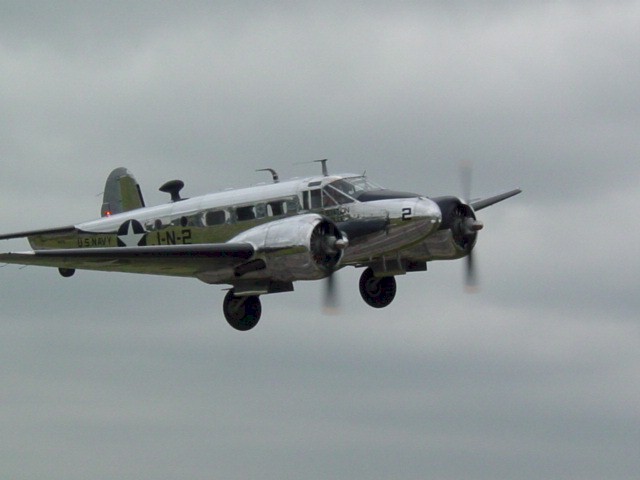 The Beech C-45 Expediter was a twin-engine light transport used by the US Air Force during the Korean War.  The Beechcraft Model 18 first flew in January 1937.  The US Army Air Force adopted it in 1940 with the designation C-45.  The US Navy and Marine Corps also acquired several hundred with the designations JRB-1/4.  The Expediter was used worldwide for light transport during World War Two.  The AT-7 Navigator and AT-11 Kansan, the designations of the training versions of the Expediter, were the USAAF’s standard trainers for navigators and bombardiers, respectively, during World War Two.  They were also used extensively for USN and USMC training with the designations SNB-1/3.  Small numbers of ambulance and photographic reconnaissance versions were also produced.

US Fifth Air Force headquarters operated a few C-45s for staff transports during the Korean War.

Improved versions of the Beech Model 18 remained in production until 1969, and saw wide civil use as general transports