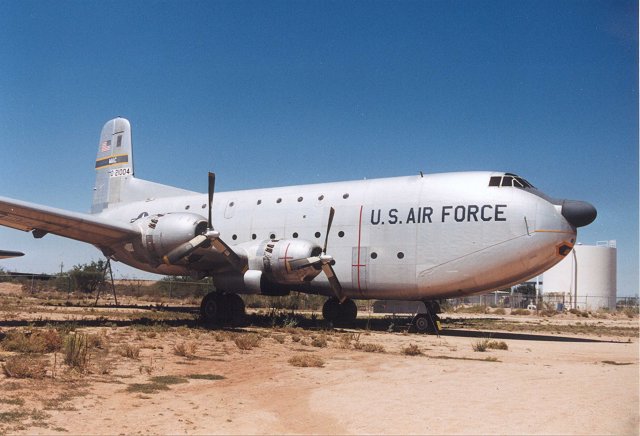 The Douglas C-124A Globemaster II was a four-engine, long-range, heavy transport aircraft used by the US Air Force during the Korean War.  Based on the Douglas C-74 Globemaster I, a prototype of the C-124 first flew on 27 November 1949.  The C-124 entered US Air Force service in May 1950.

After the first year of the Korean War it seemed that Far East air transport operations might be more efficient if the Far East Air Force had a long-range transport with a larger cargo capacity than the C-54.  One C-124 was sent to Japan in September 1951 for testing, and it proved to be so useful that two squadrons of the 374th Troop Carrier Group began re-equipping with C-124s in May 1952.  The C-124s did not live up to their initial promise, as they were so heavy that they could land at only four Korean airfields and even at those four they had to be limited to carrying 36,000 lbs. of cargo.  The Globemaster also experienced technical problems that caused the Far East Air Force’s entire C-124 fleet to be grounded in December 1952 and again in May 1953.

The C-124 remained in US Air Force service until 1970 when it was replaced by the C-5A Galaxy.