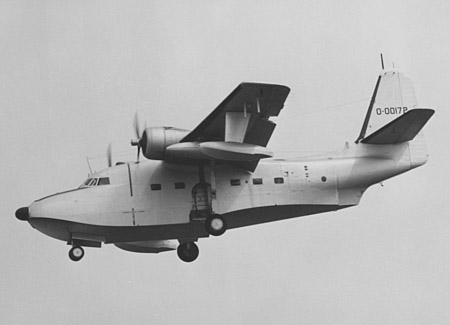 The Grumman SA-16A Albatross was a four-seat, twin-engine, general-purpose amphibious aircraft used by the US Air Force during the Korean War.  A prototype of the Albatross first flew on 24 October 1947.  The US Air Force ordered 305 under the designation SA-16A for use by the Air Rescue Service.

Grumman SA-16As arrived in shortly after the start of the Korean War and flew their first missions of the war on 28 July 1950, patrolling the between and to rescue downed airmen.  The US Air Force’s 3rd Air Rescue Squadron and its successor organization, the 3rd Air Rescue Group, used SA-16As throughout the Korean War for air-sea rescue.

The Albatross was so successful in US Air Force service that the US Navy adopted it in 1955.