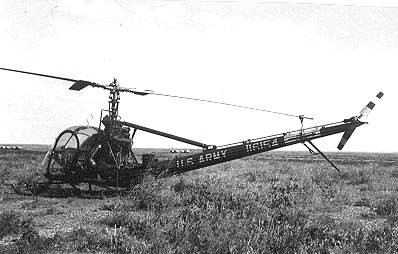 The Hiller H-23 Raven was a three-seat utility helicopter used by the US Army during the Korean War.

A small number of US Army H-23 Ravens arrived in Korea in February 1951.  They were used for the rest of the war for medical evacuation and for battlefield observation and surveillance.