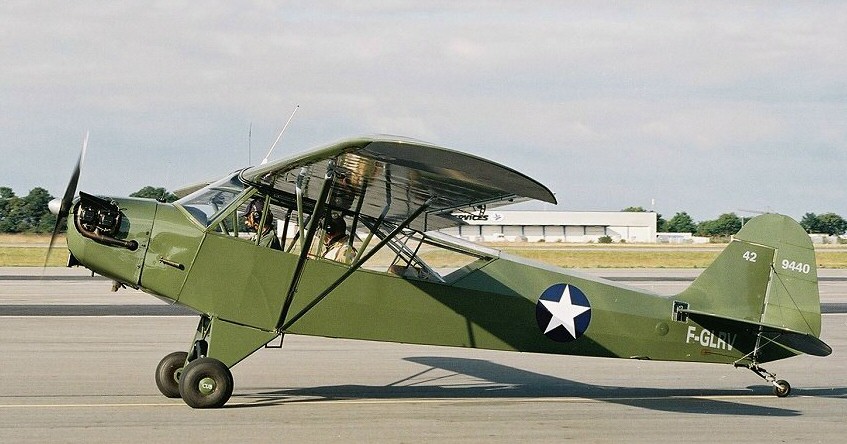 The Piper L-4 Grasshopper was a two or three-seat, single-engine liaison plane that was used by the and ROK Air Forces and the and ROK Armies during the Korean War.  The L-4 Grasshopper was a military development of the pre-World War Two Piper J-3 Cub, which first flew in September 1930 as the Taylor Cub.  The US Army began acquiring Piper Grasshoppers in 1949, and a total of 5,703 military versions were built.  The L-4 was the most widely used US liaison aircraft of World War Two.

Most L-4 Grasshoppers were sold after World War Two, but a few were used by the US Army and Air Force during the early months of the Korean War.  The ROK Air Force had eight L-4s at the start of the war and acquired twenty more from the during the war.  The ROK Army took over responsibility for artillery observation in mid-May 1951, using L-4s and L-5s acquired from the .